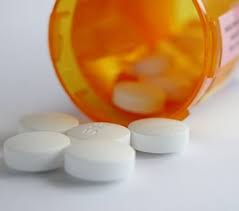 Today, I received a phone call from the office of my Primary Care Physician (some might prefer “general Practitioner”). They asked me if I had an appointment with my psych doctor- yes- and then unleashed some horrific news on me. My insurance- Medicaid/the PA Access card- was turning down paying for my Cymbalta and they thought I should talk to the psych doctor about another medication.

For another person, this might just be poor news. For me, this is horrifying news. Earth shattering, maybe I should just kill myself now and get it over with news. You see, there’s a reason why It’s hard to get me to take certain medications. I was part of the generation of over medicated, pre-teen guinea pigs.

The earliest I remember taking Psych meds Was 4th grade, but it’s possible that I was put on them before that and I don’t remember because we did a lot of herbal medicine (Echinacea, St. John’s Wort, Tea Tree Oil, etc.) when I was younger. (My mom still does herbalism- and Comphrey Salve is amazing.) From then until I turned 14, it was nearly a new med every 2 or 3 months.

On one med they put me on when I was 12, I gained 60lbs in three months. Around the same age, I started having random pain for no reason which I thought was from the weight gain alone. After all, my mother’s second husband was always telling me how horrible being whatever I was was, and that if I hurt that was the reason. Now, over 10 years later, the pain that I brushed aside as being my fault because of my weight has been identified as Fibro myalgia. I have tics that I don’t remember having before those days, though I never mentioned them to anyone and my mother thought they must be voluntary. I was in placements that gave kids Seroquel in order to make putting a ward of emotionally distressed kids to bed easier. I was subjected to any number of medications whose use in minors had not been tested, or at least had not been published.
(I should post another time about the effect of yelling at someone and telling them they are faking does to someone long term. I’ve had it result in not getting even medical treatment until the last minute. Only so many times when you are called a malingerer before you start to believe it.)
When I was 14, I quit taking my medication, and did fairly well- my mother had left her second husband, I had a supportive psychiatrist, and a mom who was into lifestyle management. For several years, I struggled and faught so that I wouldn’t have to be put back on them. I was successful until I had a mental breakdown when I was 18 (My first adult hospitalization; there were 3 in total), when I was on something for a couple of months, again when a year later I was housebound, and again for brief periods during another two hospitalizations. Each time, despite my pleas that it was my anxiety that was the issue, not my depression, I was put on medication designed to treat depression or Mania. Each time, they were failures.
When I lost my insurance, I went a while without medication, and things were bad. I was too anxious to do much of anything by myself. Finally, this fall, I got Medicaid and my mother suggested Fibromyalgia and anxiety to my PCP, and they sent me home with a sample of Cymbalta. While I was anxious about being back on medication, This new medication was different. The parts of myself that I love weren’t blunted, but my General, non-triggered anxiety and the near constant nerve pain was gone. It really was like a magic pill, or the end of a long, hard journey. And one of my worse fears became that they would tell me that I had to stop taking the first thing that had actually worked.
So when the administrative employees at the office that was bought out when my PCP (who I’d had since 4th grade) moved to teach at Duke called, I freaked. I tried to explain that this was it, there was nothing else for me to do, and I was NOT going back through the Hell that had destroyed me as a child. That there had to be something. . . But the employee was horrible, unsympathetic, and insistent that I would have to do the guessing game again. I hung up on her.
At first I tried calling my best friend, but his phone was off. *peers archly in his direction* I tried my mother, but only got her answering machine- where I left a surely unintelligible message between sobs. I turned on glee and tried to watch it, but I barely remember it. One of my cats- Tribble Magoo- came over to me, leaned against me, and started purring at me in an effeort to calm me.
Eventually I called Ms. Janet, my neighbor. Explaining who exactly Janet is is a long story, but she’s in short a family friend with experience with disability issues. Between fits of sobbing, I explained what had happened. She was FURIOUS. you see, in cases like mine where other options have been exhausted, Cymbalta will e paid for as a medical necessity under Medicaid- but only when the doctor does their due diligence.
Now, the new people at the office have lost sight of folks as people, and the new owner really does treat people like case numbers (they also lost my whole family’s medical records dating back to 1996) and a hassle. There’s only one person there who actually listened to me but the amount of power he holds in that practice is limited. In short, that they have become like this is both horrifying and makes the failure to fight for my needs almost expected.
Tomorrow, Janet and I will be finding me a new doctor, and I will be writing a letter to my old practice informing them EXACTLY why I am leaving.
Sadly, there are people who don’t have family and friends to fight for them. Even though I have a lot of change that I am scared of, and lots of tears to go yet, at least I have supportive friends and family.

5 thoughts on “Psych Meds and Me”